An apocalyptic adventure in a nuclear winter wonderland.

You're a member of a secret organization who foresaw (and prepared for) the end times. After a year isolated in an underground bunker, the time has come to resurface. Traverse a post-apocalyptic wasteland to find fellow members and face mutants, monsters, and marauders as you investigate mysterious dystopias in a world where every decision is literally a matter of life or death.

DoomsDaisy is an indie video gamebook, or visual novel, where you read sections of story and are given options along the way. Each choice alters the course of events, resulting in a unique ending based on the path you took. Due to the high number of choices and wide variety of possible outcomes, DoomsDaisy offers a higher level of replayability than other games. But be warned, many choices have seriously fatal consequences to bring your adventure to an abrupt and shameful end.

The rules for gameplay are simple: 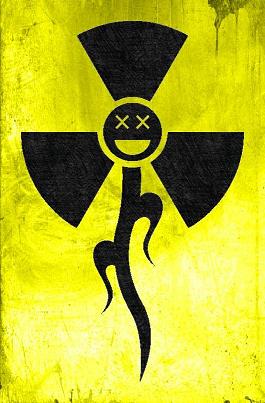 Contains violence, gore, language, and themes not appropriate for children.

Overall, a relatively mild game, not unusual or extremely offensive. The game's infrequent sexual content might best be described as "risque, but relatively tame." However, depending on certain choices made during gameplay, there may be brief instances of graphic nudity and/or sexual content ranging from mildly suggestive to excessively explicit, (most likely appearing in the context of a gag ending).

Pontius Paiva has considered December 2nd, 2021 as a possible ... Web release date for a fully functional, playable demo. Due to the complex and nonlinear storylines, the demo may be considered completed but will not be released until the complete game storyline is finalized. This is for the sake of preventing continuity issues. For this particular project, code testing and story writing are done simultaneously. The demo and full version of DoomsDaisy may seem, and occasionally be treated like, separate projects. Hopefully this clarifies any possible confusion when reading the following news updates and version progress.

Follow DoomsDaisy on Twitter for teasers, screenshots, and to stay up to date on all the latest DoomsDaisy news.